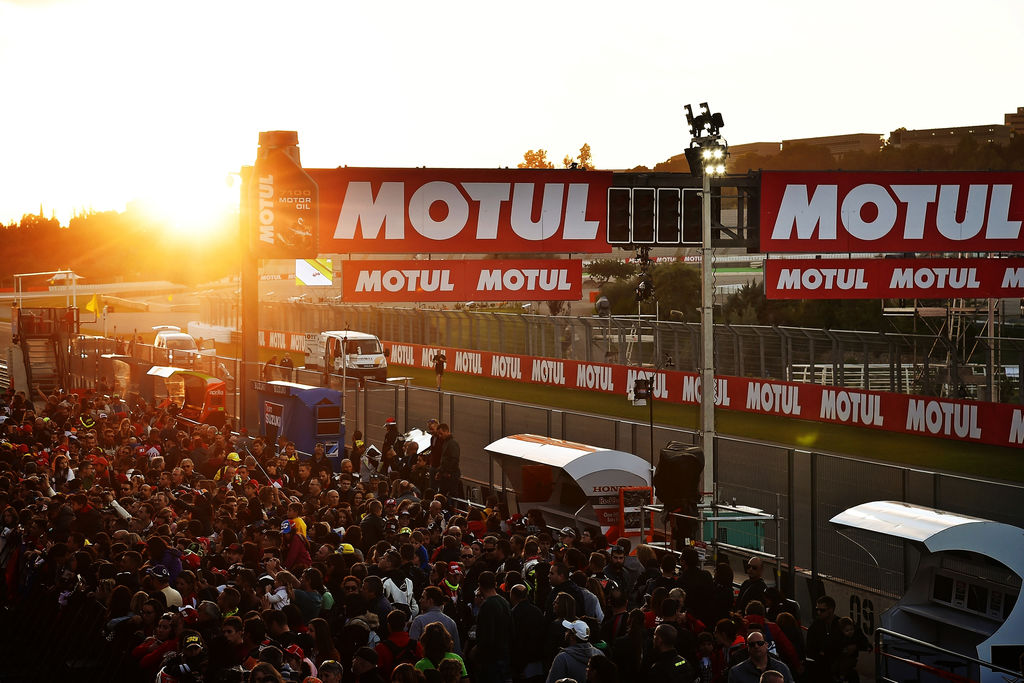 The MotoGP Championship has provided a 2018 season that has gripped, excited, amazed and enthralled, and Motul has been with it for every turn of the wheel!

The world’s best motorcycle teams and riders will be assembled once again between 16-18 November for the Gran Premio Motul de la Comunitat Valenciana on the east coast of Spain. Motul will be title partner to the event for the fourth consecutive year, and will be welcoming thousands of super-enthusiastic Spanish fans to the track for the 19th and final round of the year.

Who will they be there to support? Among the big names to see will be the three Motul- supported team: Avintia Reale Racing (Ducati), Yamaha Tech 3 and and the official Team Suzuki factory squad which includes home hero Alex Rins, currently fifth in the overall classification and who finished second at the last round in Malaysia.

While Marc Marquez has already wrapped up the world championship title, there is still all to play for in the championship standings and Yamaha Tech 3’s Hafizh Syahrin of Malaysia is in the race for Rookie of the Year. His team mate, Frenchman Johann Zarco, will be aiming to take the team to Independent Team title for Motul’s long-standing MotoGP partner, and just one point currently separates him from his nearest rival in the Independent Riders’ championship. 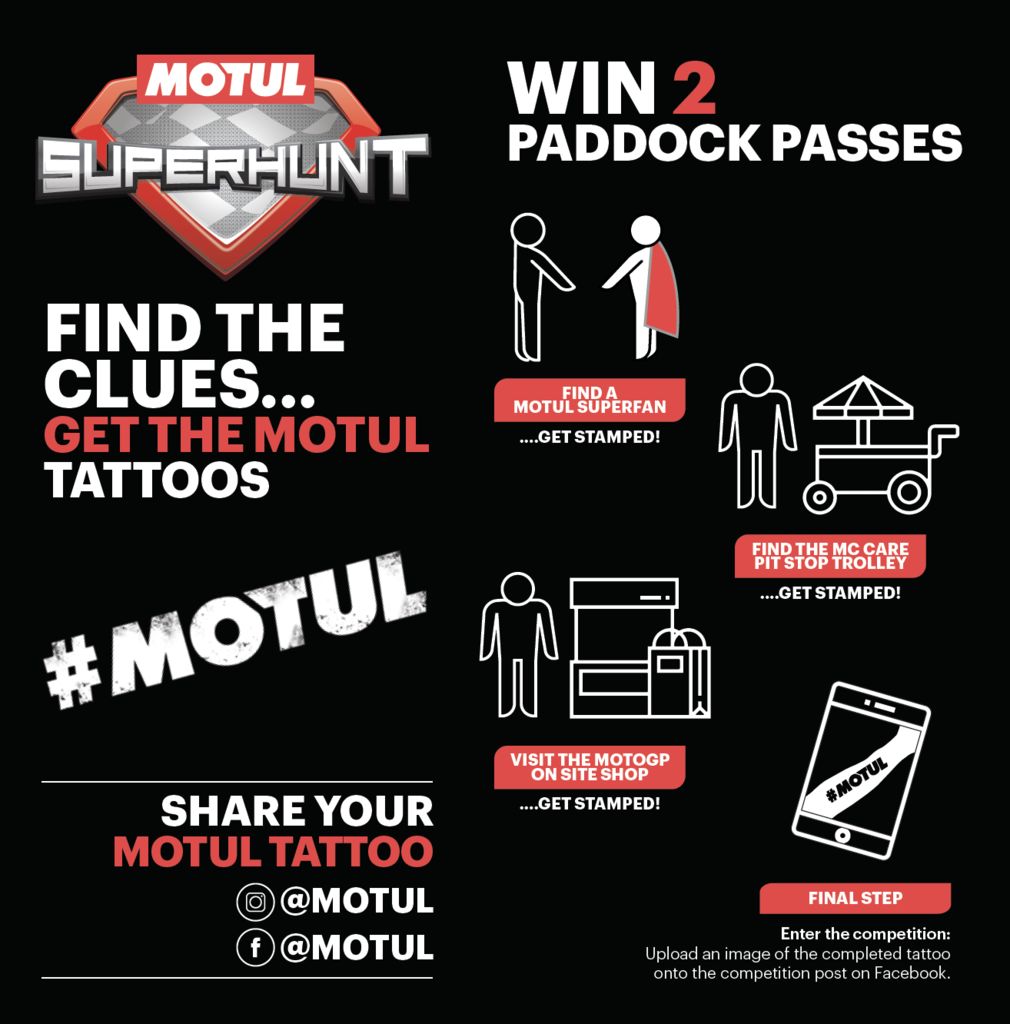 The Motul Superfan programme offers fans a once-in-a-lifetime experience at MotoGP races, creating a valuable link between them and the race organisers – and the Valencia round will be no different in that one lucky fan will have a visit never to be forgotten!

All three Motul supported factory teams have this season used special experimental engine oils which have been developed by Motul experts plus products from Motul’s comprehensive MC Care Range. These same products will be available for fans to try over the weekend; whether it’s their bike, their equipment or even themselves, Motul has the right product for everyone and everything. Experts will circulate through the Village and fans areas so helmets, leathers and hands can be put to the test. Free helmet cleaning for all is available courtesy of Motul, and special promotional offers can be claimed at Motul’s shop in the fan area.

Finally, to celebrate the end of this amazing season, Motul is launching a Motul SuperFan Hunt…a giant treasure hunt which will be played out across the whole circuit. The successful fans who find and get the tatoo will have their names put into a lottery with the chance of winning two paddock passes for Sunday. Find out more via Motul and MotoGP’s social media channels and see out the season in style!