For the past two years, many of us have been exposed to endless online meetings, homeworking and events without spectators, or events that were simply cancelled due to the COVID-19 crisis. It goes without saying that we're positively looking forward to a normal year now. A year where we can all share our petrolhead passion and go out to relive, smell, hear and cheer the riders during some magical moments of pure motorsport. Here are our top five “don’t miss” 2022 events. 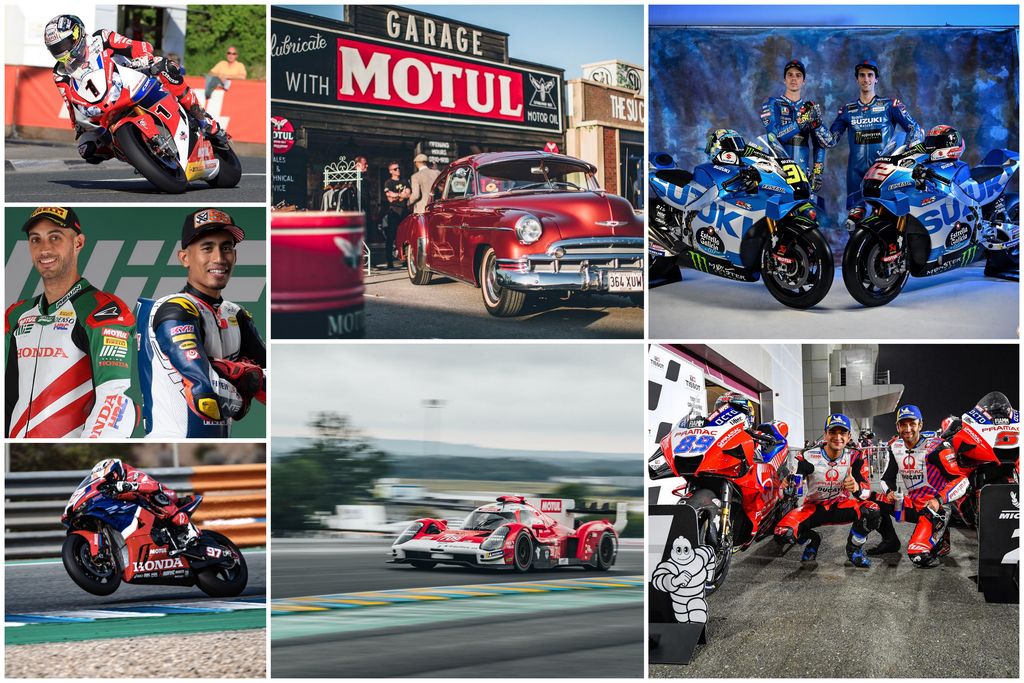 Two-wheeled action under the Spanish sun: WSBK Aragon opening round, 8 – 10th of April

The first round of the 2022 World Superbike season kicks off in northern Spain. At a truly state-of-the-art venue, the MotorLand Aragon road racing circuit welcomes the WSBK riders and spectators. Two Motul-backed teams will be defending the red and white colors. Firstly, team HRC will have an all-rookie line-up in 2022 after bringing in Iker Lecuona and Xavi Vierge from MotoGP™ and Moto2™ respectively to compete on the CBR1000RR-R machine. Team HRC is looking to add to the podium tally from 2021 and claim a first victory since their return as a full-factory outfit. The second Motul-backed team, the MIE Racing Honda Team, is also taking part again. As well as confirming Argentinean Leandro “Tati” Mercado after a promising first season together, Team Principal Midori Moriwaki is also proud to welcome Malaysian rider Hafizh Syahrin to the ranks. After one of the most challenging seasons of the last decade, we’re looking forward to the 2022 WSBK World Championship taking off in Aragon.

The Isle of Man TT is the ultimate must-see event for motorsport fans across the globe. Every May and June the Isle of Man, a tiny island between England and Ireland, turns into motorcycle nirvana as the world’s greatest road racers gather to test themselves against the incredible Mountain Course. A 37.73-mile beast of a course carved out of the island’s public roads. For over 100 years the mountain’s siren call has drawn fans and riders to experience the unique atmosphere of the Isle of Man TT Festival. One of the most iconic racers at the TT, John McGuiness, also turns 50 this year and 2022 is set to make his 100th appearance at the IOM TT starting grid. One more reason to join the world’s most challenging road racing event.

For the 90th consecutive time, the heat is on for the world’s most iconic endurance race, the 24H of Le Mans, held at the French Circuit de la Sarthe. Let’s hope the true spirit of Le Mans will resurrect in 2022, as for the last two years no spectators were allowed. Besides the LMP2 grid, which are powered by Gibson engines and lubricated by Motul, a growing number of Hypercars are due to tackle the famous Le Mans circuit. Two Toyota Gazoo Racing GR010 Hybrids, the Alpine Elf Matmut A480-Gibson, the new Peugeot Hypercar(s) and two Glickenhaus 007 LMH. The latter is fully supported by Motul and eager to take its first podium finish. After a hard year of fighting, as in David versus Goliath, the Glickenhaus 007 LMH is sharpening its knives to continue last year’s battle. It will be an epic race stretched over 5,000 grueling kilometres pushing both men and machines to their limits. A race to look forward to.

The TT Assen held each June is a truly special event on the MotoGP™ calendar and one of the biggest annual sporting occasions in the Netherlands. Thousands of fans flock from across Europe to create a fantastic atmosphere and to play a part in the continuing heritage of this festival of motorsport. Known as “The Cathedral” of motorcycle racing, the Motul TT in Assen proudly holds the honour of being the only venue to have continuously held a round of the Motorcycle World Championship every year since its creation in 1949. Motul-backed Pramac Racing and Suzuki ECSTAR are racing once again for the podium. It's a race not to miss.

For more than 20 years, fans from around the world have descended upon the beautiful Goodwood estate in West Suffolk for the Revival, stepping back in time to a golden age of motoring. The event is defined by its period dress code – and the thousands of fans, drivers, teams, and mechanics who don’t fail to disappoint to dress up for the occasion. This year won’t be different as the event is growing in popularity, attracting more than a hundred thousand fans over the third weekend in September. So dress up, and pack your bags for a memorable weekend.

RACER FABIO SCHERER: “ROAD ATLANTA IS LIKE A ROLLERCOASTER RIDE”

BMW’S CONNOR DE PHILIPPI: “WE FOCUS ON EXTRACTING THE MAXIMUM PERFORMANCE OVER AN ENTIRE STINT”

FROM THE ROAD TO THE TRACK: HOW ENDURANCE RACING IMPROVES BMW’S CUSTOMER CARS